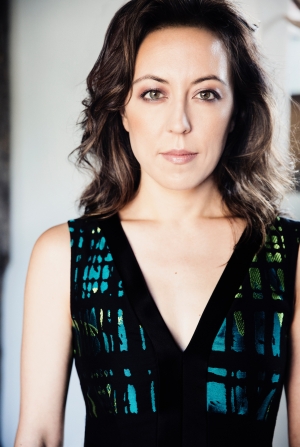 Lauded by The Washington Post for playing “…with intelligence, poetry and proportion,” pianist Tanya Bannister’s recent victories at the Concert Artists Guild International Competition and the New Orleans International Piano Competition confirm her status among the leading pianists of her generation. Receiving further distinction as an “Artist to Watch” on the cover of SYMPHONY Magazine, Ms. Bannister’s career has already brought her to many of the world’s great concert halls, with recitals at the Concertgebouw in Amsterdam, Salle Cortot in Paris, Teatro Communale in Bologna, Tokyo’s Nikkei Hall, London’s Queen Elizabeth and Wigmore Halls, The Kennedy Center in Washington DC, and Weill Recital Hall at Carnegie Hall.

Orchestral highlights of Ms. Bannister’s 2011-2012 season include Liszt’s Concerto No. 1 with the Orquesta Sinfónica Nacional in Santo Domingo, Dominican Republic, Chopin’s Concerto No. 2 in e minor with the Greenwich (CT) Symphony, and Mozart’s Concerto in E-flat, K. 449 with the Acadiana Symphony in Louisiana. Upcoming and recent appearances, warmly praised by the New York Times, include the highly regarded Amelia Island Chamber Music Festival, Look and Listen Festival in New York, South Windsor Concert Series, and AlpenKammerMusik in Austria, where she also serves as Artistic Director.

As co-founder and Artistic Director of AlpenKammerMusik, Ms. Bannister has created an intimate musical experience in which music lovers from around the world can spend 12 days in a small Alpine village engaged in the study of chamber music. Sensing a demand for musical opportunity amongst amateur and pre-professional musicians, Ms. Bannister designed an experience for the participants that includes collaborating closely with a globally distinguished faculty on preparing for final public performances. Born in Hong Kong, Ms. Bannister holds degrees from the Royal Academy of Music in London, Yale University, where she studied with Claude Frank, and New York’s Mannes School of Music, where she received an Artist Diploma as one of a handful of pianists selected to study with Richard Goode.